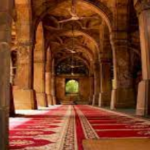 Earlier known as Karnavati or Ambavad, Ahmedabad in Gujarat is one of the most populous cities in our country. It has also been distinguished as a quickly developing city adapting to modern technology but is also known to have preserved its historical and cultural heritage with utmost reverence. Therefore, this is a city that boasts an elegant amalgamation of both the past and the present.

While there are an array of popular tourist attractions in this city, there are some hidden gems as well that are not yet explored by many tourists. So, if you want to be one of the few people to explore these hidden wonders, then plan your visit to Ahmedabad. Here is a list of 7 such hidden gems of Ahmedabad that you can consider visiting.

This is truly a heaven for admirers of handicrafts and textiles. From a massive collection of traditionally crafted textiles to a variety of mirror work, stitches, colours and vibrance, you can find it all at Calico Museum of Textiles. Intricately designed artefacts and fabric pieces all together make the place worthy for a quiet getaway amid colours and silence. The Calico Museum of Textiles is a vast complex that has been divided into two prime areas: the Haveli and Chauk. The Haveli houses Gujarat’s cultural bliss in the form of traditional fabric, paintings and excavated artefacts among many others. The Chauk contains the contributions of the Mughal empire, housing some of its finest carpets and furnishings that will surely charm you.

The blend of manual architecture and natural forces comes alive in the form of the Kaligam Fort. In the obscured northern outskirts of the city lies this fort, which is one among the finest examples of authentic Mughal architecture. The Fort is in ruins now but is definitely a place worth visiting if a serene escapade is all you desire. The thin flat bricks crafted into outward-pointing windows(jharokha) are sure to intrigue you, for there are very few places in Ahmedabad that retain this untouched authenticity. There are rumours that the fort had been built to serve as a military hideout.

Sarkhej Roza, though now in ruins, radiates royal grandeur and historic emphasis through its walls, the alleys, and every nook of it. This place is not just a collection of mausoleums, but also the house to a network of underground passageways which lead far and wide. The tomb of Ghazali Mash Hadi is one among the lesser-known structures and is nestled away from the reach of the crowd, behind the Queen’s palace. So, you can have a peaceful time here. You can witness an amalgamation of Islamic and Jain architecture in this unique tomb.

A little further away from the city of Ahmedabad, Champaner is a beautiful little historic town in the Panchmahal district. Champaner dictates an intricate historical account of its origin and royalty. This town is filled with different types of buildings, which include everything, from mosques and temples to granaries and terraces. Champaner’s heart is ruled by the Citadel, which houses ravishing 16th-century mosques which portray the intricacy of Islamic and Hindu architecture. If you are a traveller who prefers absorbing the true essence of a place by taking a walk, then Champaner is just the place for you. Hike through the place and explore its wilderness in detail.

Lothal is one of those places which is bound to arouse your curiosity if you are a history buff. It is now a UNESCO World Heritage Site and is strictly protected. A part of the whole traders’ establishment has been excavated, and a lot more sites in and around it are still being excavated. Lothal is a must in your itinerary if tranquillity with the cultural richness of a place is what intrigues you.

This octagonal stepwell is sure to win your heart if you are interested in history. Located in a quiet nook further from the city, Dadra Hari Ni Vav is made of sandstone, in the Solanki style of architecture. Walking up the stairs, you may witness the detailed scriptures in Sanskrit and

Arabic, carved on the walls. The whole structure is a massive portrait of traditional Gujarati culture and intricate artistry that is worth admiring.

The penultimate year of the end of Sultanate witnessed the rise of Sidi Saiyyed ni Jali, now known as the Siddi Saiyyed Mosque. It is considered to be a masterpiece in the field of architecture, thanks to the jaalis, jharokhas and detailed interiors of the mosque. Not known by many, this spot is reportedly a hub for budding and professional photographers. So, don’t forget to bring along your camera here to get some of your best clicks on this architectural beauty.

You must have already shortlisted your favourites from the list above. So, without much of a delay, plan a holiday tour to Ahmedabad to explore some of these hidden splendours. Also, don’t forget to book your accommodation at a renowned Ahmedabad hotel much in advance to avoid last-minute hassles.

Pro-tip: Visit https://www.intermiles.com/hotels/hotels-in-ahmedabad.html to avail of extra discounts on your entire tour.