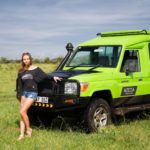 There has been a large debate about the acceptance of guns of whether it should be legal or illegal for citizens to have them. Gun violence is the number one reason why the government is very tight on gun control rules. Even if a person is carrying a gun without causing any harm, they still can go to jail for not having a gun license. Guns are some of the most dangerous weapons in the world, because of how quick they are and one shot can almost instantly kill anyone. If people do not know how to use guns safely, it is important to attend classes that will show them how to use them appropriately. Unfortunately, three million Americans carry a gun with them every day, and 20% of them do not have a handgun permit. This means that more than 600,000 people in America most likely do not know the safety measures of using guns, which can result in very dangerous and risky behavior. Here are the rules and regulations of using guns the right way:

Must Be An Adult To Purchase

Although some children can be mature enough to handle themselves and be safe, the government has found it more ideal to put an age limit on gun purchasing. Therefore, in 1968, The Gun Control Act (GCA) law was passed and still regulates the use of guns till this day. It states that a legal US citizen is required to be at least 18 years of age to purchase a shotgun or rifle and ammunition. A legal US citizen must be 21 years or older to purchase all other Firearms and small guns. For instance, a Freedom Ordnance FX-9 Carbine FX9 AR-15 has an age limit of 18 to purchase since it is a long gun. The government forbids the use of small guns to people under 21 since they are easier to hide. Only long guns are acceptable for purchase from ages 18 – 20, but each state varies.

The Acceptance Of Guns In Sports And Hunting

Shooting to hunt and shooting for sport are one of the most common accepted uses of guns. Although they are both commonly accepted, they are still work requirements that need to be met to make it legal. In order to legally hunt, a person has to have a valid hunting license from January 1st to December 31st, and can begin buying their next years license December 1st. Hunting practices is even legal within children ages 12 to 17. Even though a person still needs to be 18 years or older to purchase any kind of firearms and guns, the use of it for hunting is still available for personnel under 18. Any person that is 17 and younger must be accompanied by an adult in order for it to be legal for minor use. The same rules apply to shooting for sport aim and practice.